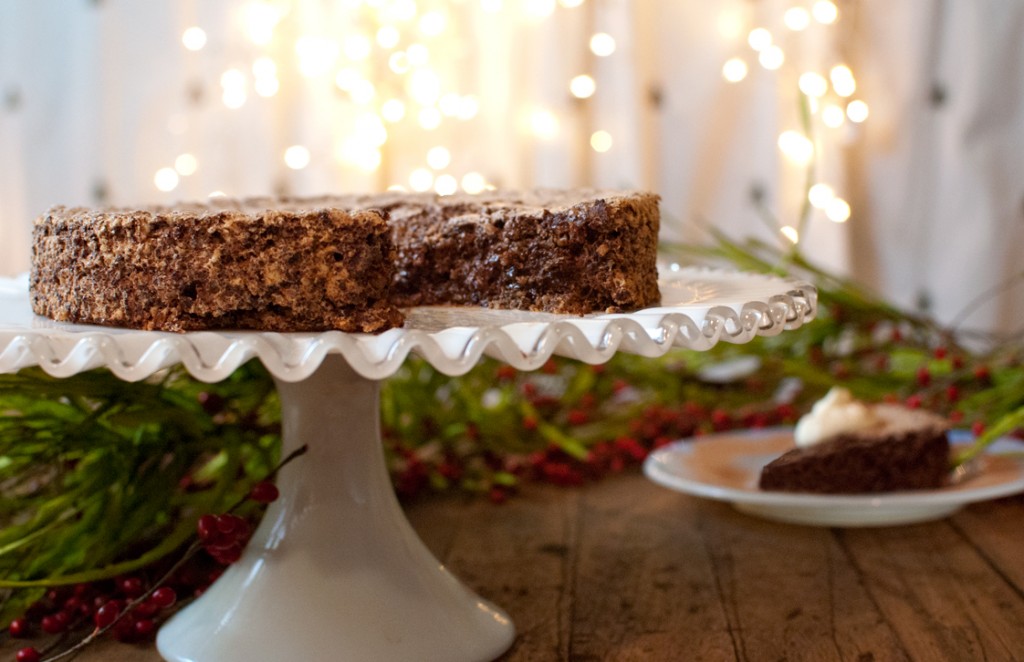 I’ve been pondering the idea lately that cookbooks are a lot like albums (although I’m not sure people buy music in album form much anymore, but if you’re over 30, you know what I’m talking about). You buy an album for one, maybe two songs, that you love and you hope the rest are passable. It’s a rare gift if all the songs on an album are amazing. And you find yourself coming back to certain albums again and again, and others, not so much. I realized that cookbooks are similar for me. I find a few recipes out of a book that I love, but often don’t find myself drawn to the others or if I do try them, they just don’t speak to me the way the original few did. I only have one or two books that I find myself loving most every recipe. But I’ve decided that’s ok. It’s too much to expect out of a cookbook that you love the whole thing. Hopefully, you find a few, maybe several recipes, that you return to again and again and I think that’s enough.  The recipe I’m sharing with you here comes from one of these books. I love the author and the ingredients of most of the recipes, but have only found one or two that I return to. However, I have to say, this one hit recipe is worth the whole book, just like your favorite song is worth the whole album. You know, the kind of thing you can turn to on any given day and love it. It makes you happy just to think about it and everyone you share it with loves it too. This recipe is like that. It’s probably the most asked for recipe I have. It’s been to parties, potlucks, small gatherings, and even just a rainy day at home. Like your favorite song, it makes you feel good inside and even better when you share it. So, without further adieu, I like to introduce my favorite chocolate dessert.
From Pure Dessert by Alice Medrich

Serves 10
About 1 hour
The other beautiful thing about this dessert is if you like to make creme brulee or other desserts that take egg yolks, this dessert helps you use up the egg whites. I put them in my fridge and have kept them for up to 2 weeks before I made this and it was perfect. 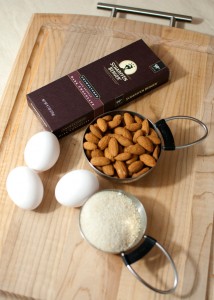 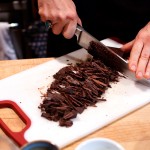 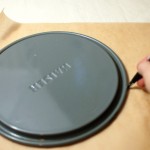 I trace the bottom portion of the pan and then cut out the circle, line 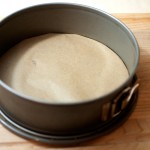 bottom of pan and close ring around it. 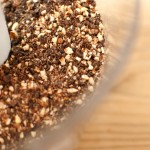 -Combine the almonds, chocolate, 1/2 cup of the sugar and the salt in a food processor and pulse until the almonds and chocolate are very finely chopped but not completely pulverized.  Set aside.

-In the clean dry bowl of a stand mixer or using a hand-held mixer and a large bowl, beat the egg 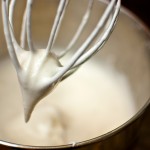 whites with cream of tartar until soft, moist peaks are formed when the beaters are lifted.  Gradually add the remaining 1/2 cup sugar and continue to beat until the egg whites are stiff but not dry. The egg whites should look silky smooth when done.

-Add one-third of the nut mixture to the egg whites and fold in with a rubber spatula until nearly incorporated. Fold in half of the remaining nuts, then fold in the rest of the nut mixture and gently fold until just combined.  There should be no white streaks left. 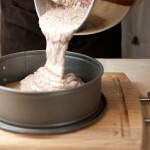 -Pour the batter into the prepared pan and spread it evenly. Bake until the 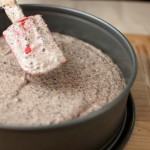 torte has risen and is golden brown on top and a toothpick inserted into the center of the cake comes out clean or with a little melted chocolate, 25-30 minutes.  Set the pan on a rack to cool for 10 minutes. Remove the sides of the pan and invert the cake onto the rack.  Remove the bottom of the pan and then the parchment liner.  Turn the cake right side up and cool completely.  Cover or wrap tightly and store for up to 3 days at room temperature.
-Serve by dusting each portion with a little powdered sugar and/or cocoa and a dollop of whipped cream.