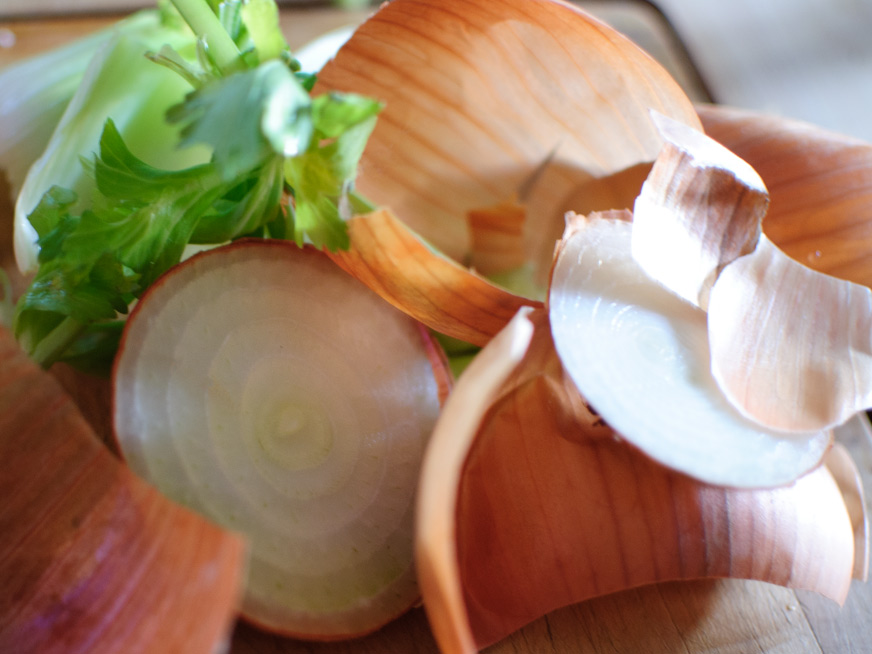 I’m writing this as a post all by itself for two reasons. One is that caramelized onions go so well with so many things, they deserve their own special place. The second reason is that I have a story to tell about caramelized onions. A long time ago, way before I was dating my husband, I was dating a man who knew a lot about wine and fancied himself a bit of a gourmet. One day, we had planned to go on a picnic with some friends and said man had charged me with slicing the onions for the caramelized onions that we were going to put on the sandwiches we were bringing for the picnic.  He had asked me to slice them thinly. I’ll admit here, this was my first experience with caramelizing onions, but I have been cooking my whole life and my knife skills were at least fair at this point in my cooking career, so I’m pretty sure I did a decent job slicing these onions. I handed over the onions to him for cooking while I went to take a shower. Later, when I returned to the kitchen, I saw him stirring away on onions caramelizing in the pan, but I happened to look in the garbage can sitting next to the counter. There, right on top, were all the onions I had sliced before I went to shower! All of them…in the garbage! I was horrified and I wasn’t sure which thing upset me more, his thoughtlessness of my feelings or his waste of perfectly good onion. Either way, you can probably guess that we didn’t see much more of each other. I tell this story here as a cautionary tale of what I learned that day: never, ever take your cooking so seriously that you waste food unnecessarily or hurt the feelings of those you care about. I believe it’s about passion, not fanaticism and unless you want to wind up cooking for one, which is no fun at all, keep the big picture in mind and have fun with your food.

Serves 4 on sandwiches
About 30 minutes, 5-10 of that active